This tour will take you to the V&A Waterfront & the two Oceans Aquarium (optional) from the Nelson Mandela gateway.

Robben Island (Afrikaans: Robbeneiland) is an island in Table Bay, 6.9 kilometres (4.3 mi) west of the coast of Bloubergstrand, Cape Town, South Africa. The name is Dutch for “seal island.” Robben Island is roughly oval in shape, 3.3 km (2.1 mi) long north-south, and 1.9 km (1.2 mi) wide, with an area of 5.08 km2 (1.96 sq mi).[2] It is flat and only a few metres above sea level, as a result of an ancient erosion event. Nobel Laureate and former President of South Africa Nelson Mandela was imprisoned there for 18 of the 27 years he served behind bars before the fall of apartheid. To date, three former inmates of Robben Island have gone on to become President of South Africa: Nelson Mandela, Kgalema Motlanthe,[3] and Jacob Zuma.

Since the end of the 17th century, Robben Island has been used for the isolation of mainly political prisoners. The Dutch settlers were the first to use Robben Island as a prison. Its first prisoner was probably Autshumato in the mid-17th century. Among its early permanent inhabitants were political leaders from various Dutch colonies, including Indonesia, and the leader of the mutiny on the slave ship Meermin.

After the British Royal Navy captured several Dutch East Indiamen at the battle of Saldanha Bay in 1781, a boat rowed out to meet the British warships. On board were the “kings of Ternate and Tidore, and the princes of the respective families”. The Dutch had long held them on “Isle Robin”, but then had moved them to Saldanha Bay.[6]

In 1806 the Scottish whaler John Murray opened a whaling station at a sheltered bay on the north-eastern shore of the island which became known as Murray’s Bay, adjacent to the site of the present-day harbour named Murray’s Bay Harbour which was constructed in 1939–40.[7][8]

After a failed uprising at Grahamstown in 1819, the fifth of the Xhosa Wars, the British colonial government sentenced African leader Makanda Nxele to life imprisonment on the island.[9] He drowned on the shores of Table Bay after escaping the prison.[10][11]

The island was also used as a leper colony and animal quarantine station.[12] Starting in 1845 lepers from the Hemel-en-Aarde(heaven and earth) leper colony near Caledon were moved to Robben Island when Hemel-en-Aarde was found unsuitable as a leper colony. Initially this was done on a voluntary basis and the lepers were free to leave the island if they so wished.[13] In April 1891 the cornerstones for 11 new buildings to house lepers were laid. After the introduction of the Leprosy Repression Act in May 1892 admission was no longer voluntary and the movement of the lepers was restricted. Prior to 1892 an average of about 25 lepers a year were admitted to Robben Island, but in 1892 that number rose to 338, and in 1893 a further 250 were admitted.[13]

During the Second World War the island was fortified and BL 9.2-inch guns and 6-inch guns were installed as part of the defences for Cape Town.

From 1961, Robben Island was used by the South African government as a prison for political prisoners and convicted criminals. In 1969 the Moturu Kramat, which is now a sacred site for Muslim pilgrimage on Robben Island, was built to commemorate Sayed Abdurahman Moturu, the Prince of Madura. Moturu, who was one of Cape Town’s first imams, was exiled to the island in the mid-1740s. He died there in 1754. Muslim political prisoners would pay homage at the shrine before leaving the island.

With the end of apartheid, the island has become a popular destination with global tourists. It is managed by Robben Island Museum (RIM); which operates the site as a living museum. In 1999 the island was declared a World Heritage Site. Every year thousands of visitors take the ferry from the Victoria & Alfred Waterfront in Cape Town for tours of the island and its former prison. Many of the guides are former prisoners. All land on the island is owned by the country of South Africa with the exception of the island church. It is open all year around, weather permitting.

Robben Island is accessible to visitors through tours that depart from Cape Town‘s waterfront. Tours depart three times a day and take about 3.5 hours, consisting of a ferry trip to and from the island, and a tour of the various historical sites on the island that form part of the Robben Island Museum. These include the island graveyard, the disused lime quarry, Robert Sobukwe’s house, the Bluestone quarry, the army and navy bunkers, and the maximum security prison including Nelson Mandela’s cell.[15] 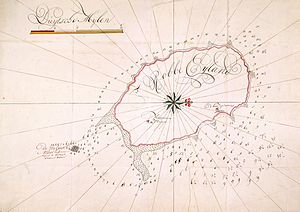 Seagoing vessels must take great care navigating near Robben Island and nearby Whale Rock (it does not break the surface) as they pose a danger to shipping.[16] A prevailing rough Atlantic swell surrounds the offshore reefs and the island’s jagged coastline. Stricken vessels driven onto rocks are quickly broken up by the powerful surf. There are a total of 31 known vessels that have been wrecked around the island.[17]

In 1990, a marine archaeology team from the University of Cape Town began Operation “Sea Eagle”. It was an underwater survey that scanned 9 square nautical miles (31 km2; 12 sq mi) of seabed around Robben Island. The task was made particularly difficult by the strong currents and high waves that make sailing in these waters treacherous. Nevertheless, the group managed to find 24 vessels that had sunk around Robben Island. Most wrecks were found in waters less than 10 metres (33 ft) deep. The team concluded that poor weather, darkness and fog were the cause of the sinkings.[17]

Maritime wrecks around Robben Island and its surrounding waters include the 17th century Dutch East Indiaman ships, the Yeanger van Horne (1611), the Shaapejacht (1660), and the Dageraad (1694). Later 19th century wrecks include several British brigs including the Gondolier (1836) and the American clipper, A.H. Stevens (1866). In 1901 the mail steamer SS Tantallon Castle struck rocks off Robben Island in dense fog shortly after leaving Cape Town. After distress cannons were fired from the island, nearby vessels rushed to the rescue. All 120 passengers and crew were taken off the ship before it was broken apart in the relentless swell. A further 17 ships have been wrecked in the 20th century, including British, Spanish, Norwegian and Taiwanese vessels.

Due to the maritime danger that Robben Island presents to shipping, Jan van Riebeeck, the first Dutch colonial administrator in Cape Town in the 1650s, ordered that huge bonfires were to be lit at night on top of Fire Hill, the highest point on the island (now Minto Hill). These were to warn VOC ships approaching the island.

In 1865 Robben Island lighthouse was completed on Minto Hill.[18] The cylindrical masonry tower, which has an attached lightkeepers house at its base, is 18 metres (59 ft) high with a lantern gallery at the top. In 1938 the lamp was converted to electricity. The lighthouse utilises a flashing lantern instead of a revolving lamp; it shines for a duration of 5 seconds every seven seconds. The 46,000 candela beam flashes white light away from Table Bay. It is visible up to 24 nautical miles (28 mi; 44 km).[19] A secondary red light acts as a navigation aid for vessels sailing south southeast.

Robben island coast with a view of Table Mountain, 2015

When the Dutch arrived in the area in 1652, the only large animals on the island were seals and birds, principally penguins. In 1654, the settlers released rabbits on the island to provide a ready source of meat for passing ships.[20]

The original colony of African penguins on the island was completely exterminated by 1800. However the modern day island is once again an important breeding area for the species after a new colony established itself there in 1983.[21] The colony grew to a size of ~16,000 individuals in 2004, before starting to decline in size again. As of 2015, this decline has been continuous (to a colony size of ~3,000 individuals) and mirrors that found at almost all other African penguin colonies. Its causes are still largely unclear and likely to vary between colonies, but at Robben Island are probably related to a diminishing of the food supply (sardines and anchovies) through competition by fisheries.[22] The penguins are easy to see close up in their natural habitat and are therefore a popular tourist attraction.

Around 1958, Lieutenant Peter Klerck, a naval officer serving on the island, introduced various animals. The following extract of an article, written by Michael Klerck who lived on the island from an early age, describes the fauna life there:[23